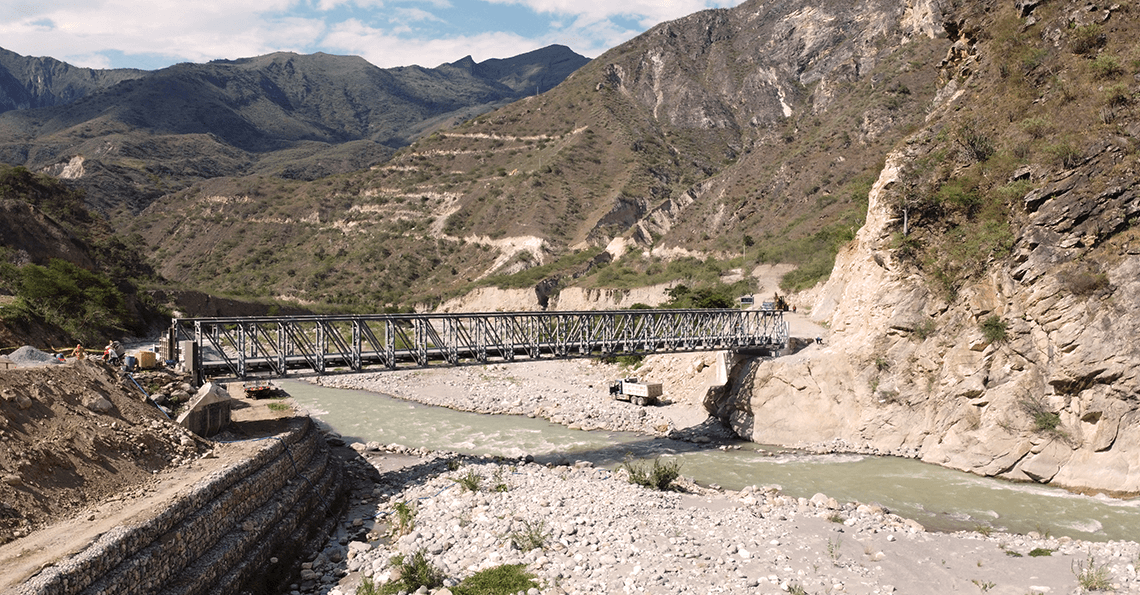 At the beginning of march, the assembly of the first Modular Bridge supplied by MBS by BERD to the Peruvian Ministry of Transport was completed.

The Bridge over Silaco River, a MB60 with a 61,60-meter span, links the Districts of Chimbán and La Ramada, that are among the most deprived areas of Peru.

The access between the two margins of this strong flow river was made by “huaros”, suspended baskets that endangered the populations and hampered the movement of goods.

MBS by BERD team followed the assembly operation that took place according to plan. Follow link to watch the video of the assembly of Silaco Bridge.

This website uses cookies to improve your experience while you navigate through the website. Out of these, the cookies that are categorized as necessary are stored on your browser as they are essential for the working of basic functionalities of the website. We also use third-party cookies that help us analyze and understand how you use this website. These cookies will be stored in your browser only with your consent. You also have the option to opt-out of these cookies. But opting out of some of these cookies may affect your browsing experience.
SAVE & ACCEPT

In case of dispute the consumer can resort to an Alternative Dispute Resolution Body: